This is a step-by-step tutorial for implementing Aruco marker detection and Neural Network phenotype detection in iOS with information overlays for augmenting reality. It is written as documentation for my graduation project. The goal of the project is to enable new ways of making observations and conclusions in experiments with growing plants and make them more easily shareable for DIY experimenters and plant growers by augmenting reality with digitally stored and analysed images. The goal in writing this tutorial is to contain all relevant conceptual and technical documentation.

The use of visual communication in the form of illustrations goes back a long way in biology. 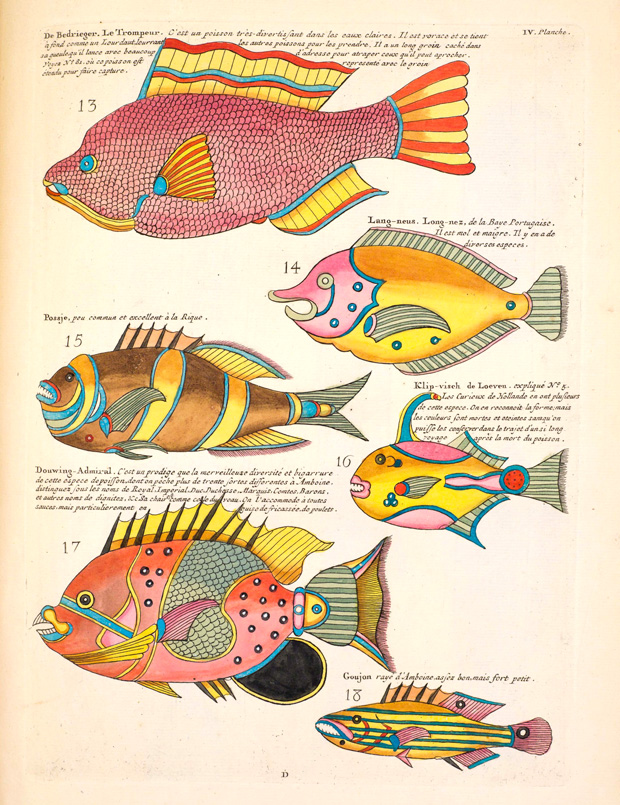 Illustration from the book Histoire naturelle by Louis Renard, published in Amsterdam in 1754.

Making drawings of the phenomenon that is the subject of study is still regular practice in high-school.

In the past this required a lot of sketching skills. These days images can quickly be captured through digital cameras everyone has on them everyday. This enables new modes of communication in the practice of biological research.

By compiling a series of images an order in events can be implied and highlighted, experience can be recreated or synthesized.

Another step further is to create interactive graphics that let the observer navigate an experience motivated by their own intentionality.

There are opportunities in both the capture and navigation of images. The application to be developed in this tutorial allows you to more easily compile series and collections of images along dimensions such as location, orientation and time. The application also enables you to view previously captured observations within the context of the current reality being captured in the live-camera. A next step is to increase the number of dimensions for ordering images by generating algorithms (neural networks) to detect phenomena in the image.

The technique to capture the location, orientation and time of images is through the use of Aruco markers (a type of fiducial marker). Aruco markers can be detected in an image by id as well as pose (location + orientation). In a garden setup the marker should remain stationary with the plant. Then the camera position can be deducted from the marker orientation, relative to previous images containing the same marker.

The Neural Networks are used for detecting various phenomena in the image. The goal is to create an application where images can be re-oriented to match previous perspectives on reality as well as real-time video feeds. In this tutorial we go over the various steps of image processing necessary to produce the functionalities described above. 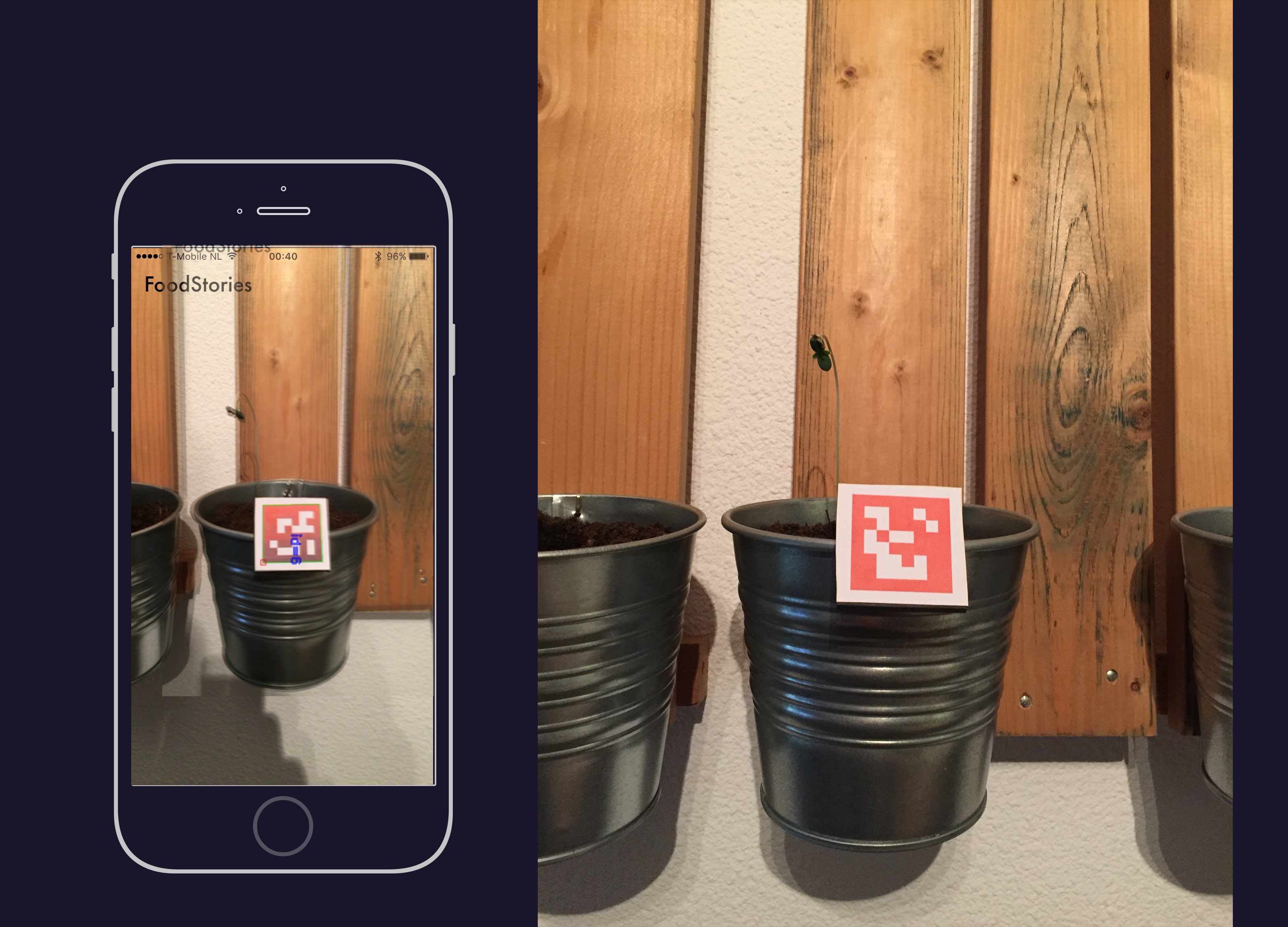 Augmented reality is a live direct or indirect view of the physical real world being augmented by a computer for example.

What is commonly known as the smartphone is a computing platform ready to use for augmented reality development.

Combining these things together, a livestream of the digital camera can be displayed and interacted with on the screen with computed augmentations.

In the following steps is described how the functionalities as specified above can be built on the iOS smartphone platform. Each of the described components requires code to enable the functionality. First an interaction model is described for analysing views. Secondly the iOS camera architecture is covered.

Image detection and analysis produces numerous augmented views. In development and interaction it's useful to continuously have quick access to all of them. With a horizontal scroll-view in iOS each of the views can be put next to each other. 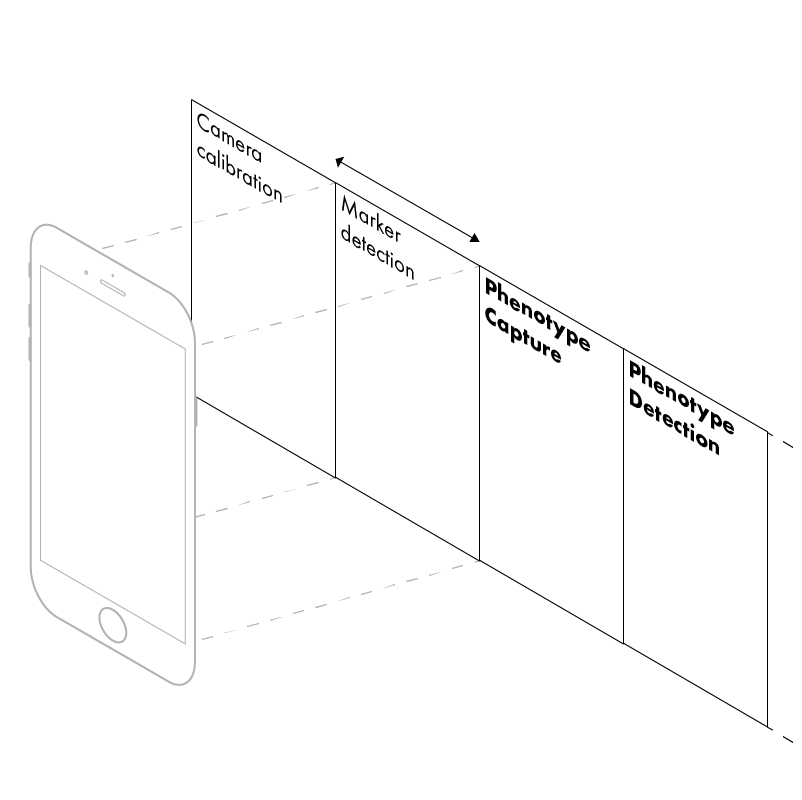 With a button an image can be captured for storage.

The iPhone has a powerful camera to capture live video streams for augmented reality applications. It is controlable through the AV Foundation framework in the iOS operating system. First the user-facing functionalities are covered. These are the real-time camera stream and image capture. Both functionalities require precise control over the camera data flow through the AVFoundation framework, API and multi-threading of processes so that during the capture process the UI always remains responsive.

The core of AR is the display and analysis of a live camera stream with overlays. Camera sensor data needs to be captured, processed, and displayed in real-time.

In this application images can be captured to be integrated in the AR layers.

The AVFoundation framework has defined multiple objects to control the hardware and data flows. The following schematic provides an overview of the data flow between the various objects. 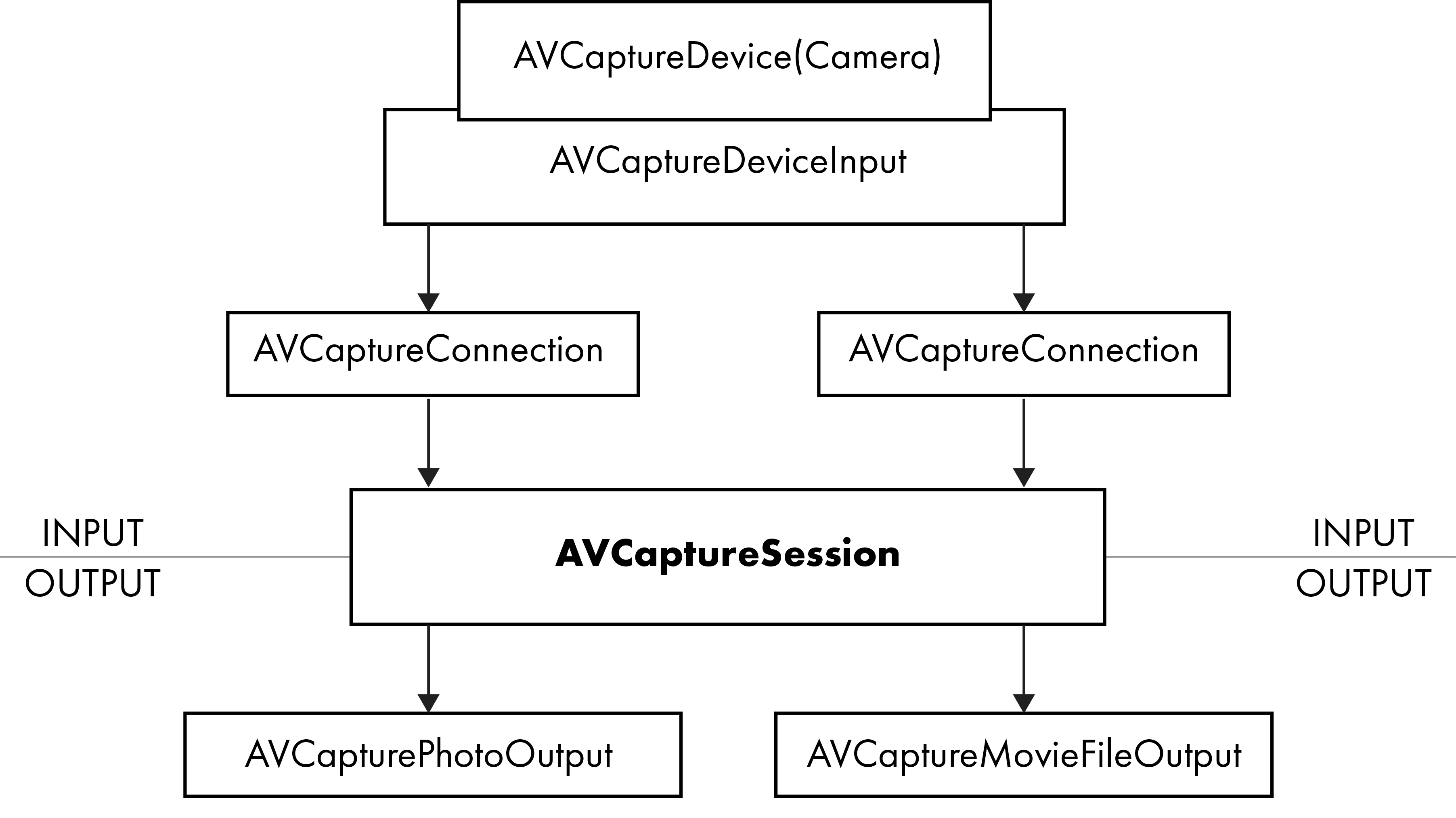 This defines the overall structure of the AVFoundation framework. To implement the specified functionalities of real-time augmented streaming and image capture two specific implementations need to be programmed in such a way that they do not interfere with each other in camera usage and processing capacity.

To access the camera on various iOS devices an AV capture device object is created in the code.

When you want to capture a photo you call the function capturePhoto() and pass it two objects.

This application of computer vision has been built and implemented in various open and closed libraries. To detect these the openCV library is used with the Aruco module.

The detectMarkers function provides the initial array of markers together with the ids. So to create the final output of markers we go through the following steps:

OpenCV as a C library can be used on iOS through Objective-C. The current standard for programming in iOS is the Swift programming language. To use the capabilities of OpenCV in Swift wrapper code needs to be written. On the one hand functions need to be called from Swift code and data needs to be returned from Objective C to the Swift function calls.

The lens system of a camera distorts the captured image. The pose estimation function of the Aruco module requires parameters to correct for that distortion. These are a cameraMatrix object and distCoeffs object as defined by the OpenCV calib3d camera calibration module. In this part of the tutorial we go over how these are determined for a camera.

The lens distortion can be categorized in two mayor transformations:

OpenCV has tools to correct for this distortion in the form of a Camera Matrix object, Algorithms to determine the distortion parameters of the lens as well as corrections for applications.

These are stored in a 5x1 matrix.

To work with and display 3d graphics on a high level, Apple has created the SceneKit library.